Want to become a successful trader? Then it’s important to understand how your mind works. In trading, when something goes wrong and you lose money, nine times out of 10 it’s nobody’s fault but your own. Most of the time the breakdown occurs in how the trade is managed, since many trades do go into and out of the money during the course of their respective durations. Unless you just hit a bad trade that drops like a rock, there is at least (typically) some opportunity to take a profit along the way. In these cases, trade management is one of the most important factors in realizing a gain. Moreover, how you manage your emotions while managing any specific trade often plays a key role in determining the final outcome of a trade as well.

Many traders, especially those new to Wall Street, focus heavily on learning the market. In my view, however, becoming a successful daytrader has more to do with learning about yourself and less to do with learning about the market. Over the years I have been trading, I have seen many individuals try their hand at becoming traders. Some have been successful, while others have not. Some have given up and decided that they are simply not cut out to be traders, while others blow out, taking on too much risk, unable (or unwilling) to correct problems that keep them from becoming profitable over the long term. As most seasoned daytraders will tell you, learning to become a consistent, profitable trader is generally a long, expensive, and difficult road. 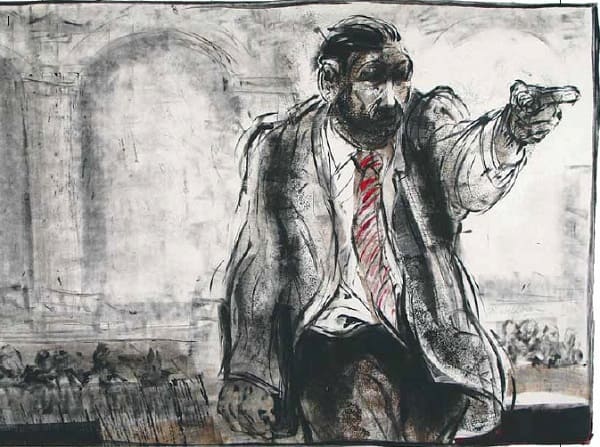 To Succeed, You Must Do This: Trader, Know Thyself

With this article, I would like to address an issue often overlooked by novice traders: learning to trade pivots largely around handling your emotions. In numerous instances, chances are good that any trade you make has the potential to become a profitable trade, depending on how you manage it. In many cases, the difference between a trade that ends successfully and one that does not boils down to whether you make the right decision at the right time. It’s important to understand that these decisions can be influenced by your emotions. This is why I often tell people that learning to daytrade is more about learning about yourself than learning about the markets.

Anyone who has been trading for a while can tell you about more than one trade of theirs that would have worked out if they had only been more patient or if they had not allowed some basic human emotion (typically, fear or greed) to get in the way of otherwise rational thinking. This is also why in my opinion paper-trading is generally a waste of time. With paper-trading, you are never actually exposed to the range of emotions that come with having your hard-earned cash on the line. Actual trading often exposes you to the stress and emotion not otherwise experienced in normal day-to-day life.

As such, learning how to cope with the stresses of trading can be a brand-new and many times difficult experience. This flood of extreme emotion can negatively affect your decision-making process while you attempt to manage your trade(s). After all, nobody is born a trader. As such, the road to self-discovery (that is, how to cope with some of the emotions brought about by trading) can be a difficult one.

When I began trading, I experienced situations in which the sheer stress of being in a trade forced me out of it, despite knowing that the correct course of action was probably to hold tight. Nothing is more demoralizing than to sell at a loss and then to later see a trade do exactly what you had anticipated in the first place. In looking back over those trades, there are typically two situations at work against you. In some cases, you have simply taken up too large a position (for example, using a lot of margin). This quickly results in additional stress, which again you are not accustomed to dealing with.

As a result of this constant stress, you have created a situation where selling (even at a loss) brings emotional relief. This can be a dangerous situation to find yourself in, especially for the novice trader, because the desire to end a stressful situation can be a powerful and highly motivating human emotion to cope with. This can be further exacerbated by lacking conviction in the trade to begin with; this makes matters worse when it comes to having to hold through a downturn.

Over the years I have traded, I have realized that a large component of successful trading is keeping your emotions from getting the better of you. Many factors are at work in trading, but one of the most notable is working to temper the emotions brought about when money is on the line. Again, if managed properly, most trades usually present an opportunity to be closed out in the money. Do you seize the opportunity when it is available? If you look back over your losing trades, you can usually boil down the failures to either a lack of confidence in your original position (as in fear) or some breakdown (generally greed) that keeps you from taking profits off the table when they are available.

Therefore, the two biggest areas where you can improve your trading are both emotionally driven: ensuring that you are confident in any trade you take on and focusing on taking profits instead of becoming greedy. Both issues relate more to learning about yourself and not learning about the market. Once again, this is why paper-trading does little, if anything, to help. Paper-trading simply does not reproduce the same emotional extremes that real trading and/or investing does.

As noted, having confidence in your position is extremely important when it comes to combating fear. A lot can happen with any trade; there can be selling pressure in whatever stock you are holding and this selling pressure doesn’t always relate directly to company-specific news or events. In some cases, it can simply be due to changes in the overall economy and/or fluctuations within whatever sector your stock occupies.

The point is, when you have confidence in your position, you are much less likely to sell just because others are selling. Along these same lines, I’ve found it is helpful if you can train yourself to view selling pressure as a buying opportunity, as opposed to a reason for despair or fear. Incidentally, using cost-averaging when you take up a position (buying in multiple small lots) can help in this regard, since having additional funds available tends to turn a selloff in your stock into more of a buying opportunity.

In my experience, the best way to be more confident in your trading is to do as much research — both technical and fundamental — as possible. Learning to read a chart, as well as a balance sheet, goes a long way in allowing you to properly value a company. Even though daytrading isn’t always about valuations, it pays to understand the securities you are trading from a fundamental perspective as well as from a technical one. Moreover, once you are confident in the valuation placed on the security you are trading, it makes you much less prone to panicking out of a position just because it trades off due to a technical move.

BUT WHAT ABOUT GREED?

Greed may be the final hiding place of the bad trade. Even after having learned to stand firm in the face of others who are mindlessly selling, many traders still find it extremely difficult to take money off the table at the right time. As you trade, especially as you start using larger and larger sums of capital, it is easy to lose respect for a profit. When this occurs, it can allow money to slip through your fingers. The trader who once wished he or she could just make $1,000 on a trade is often the same person who later won’t pull the trigger when they have a potential $5,000 or $10,000 profit on their hands. This is the hallmark of someone who has become overly greedy and/or lost perspective on the value of a dollar (not to mention the risks associated with leaving your money exposed to the market).

In your trading, it is important to take profits when they are available. Consistently booking profits is the road to emotional recovery, not to mention being a more skilled trader. It not only reduces the risk to your money, but it can also provide additional flexibility should the markets move against you.

During a red-hot bull market, buy & hold might work out fine. These days, however, with the added volatility we have been seeing of late, being out of the market (and thus being able to take advantage of market moves) can often be better than being stuck in the market. Not surprisingly, overcoming greed can be a difficult thing to do. Greed is a powerful emotion for many, and it can often cause a person to make less than sound decisions when it comes to money (Bernard Madoff comes to mind). Even after seeing countless trades reverse on you, greed can remain a difficult and elusive emotion to come to terms with.

In the end, controlling your emotions and not allowing them to control you is critical to becoming a profitable trader. The Latin phrase “Nosce te ipsum” translates loosely as “Know yourself,” and this is sage advice for anyone who plans to make his or her living from trading. In the end, learning about you (how to better handle emotions such as fear and greed) is by far the most important aspect of becoming a successful and consistently profitable trader.

Ray Johns is the founder of DayTrader.com, a website that hosts a message forum and real-time IRC chatroom for investors and traders. Johns has been actively following the stock market since 1984 and appeared as a guest host on CNBC. His current focus primarily involves trading derivatives and index options.

Share this article with your friends:
Newer Going Long Vs. Going Short By Zvi Benyamini
Back to list
Older Short-Term Trend Trading By Russell Rhoads