Laws Of The Vital Few By Dirk Vandycke

In this article. We’ll explore how some hidden power laws can affect the individual trader’s profits and thus why you should be aware of them. The 80–20 rule, also known as the Pareto principle or Juran’s principle, named after Vilfredo Pareto and Joseph M. Juran, is commonly heard of in different walks of life. It is also known as the law of the vital few and trivial many. This law states that a large part of the input (the trivial many) only accounts for a small part (the vital few) of the system’s effects (Figure 1). It is common to hear the Pareto principle pop up in fields such as manufacturing, management, and human resources, but I’ll focus on its relevance to the financial markets.

The Fewer The Better

Before I move forward, I would like to emphasize that even though it’s known as the 80–20 rule, it doesn’t mean that the percentages have to be exactly 80 and 20. They can be any disproportional numbers that represent majority versus minority. Second, they don’t have to add up to 100, even though they are expressing percentages, because they describe different events (input/output or cause/effect). Another mistake that is commonly made is that this principle would imply that you only need to make 20% of the effort if you were satisfied with 80% of the results. But that’s extremely inaccurate. For example, if 80% of a car were manufactured in 20% of the total time it takes to build a car, you still wouldn’t be able to drive it. So this “law” is relevant in situations where you don’t seek perfection but want to optimize returns while aiming to minimize effort. Then, focusing on the critical 20% makes sense. It’s more efficient since you focus on the activities that generate the most results. 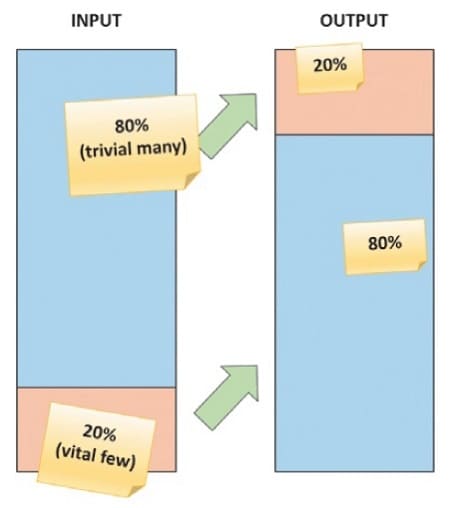 FIGURE 1: THE 80–20 RULE. This rule generally states that a large part of a system’s output is determined by a small part of its input (the vital few). This rule is quite applicable to ﬁnancial markets as well.

See also  How to Succeed in the Markets By Neal Hughes

Applying It To The Markets

Is this 80–20 rule present in financial markets? Several studies have shown that a small percent of (hedge) funds earn most of the alpha; most stock movements happen in a short period of time; and a handful of stocks are responsible for a major portion of price activity. But all these studies are merely looking at power laws from the viewpoint of the market. In this article I want to zoom in on how the 80–20 rule can make a difference for the individual trader.

Let’s look at the root cause of profitability. Net profit or loss is based on the frequency and size of winners and losers. Most traders focus on having as many winning trades as possible. They’ll do anything to increase their percentage of winning trades. What they don’t realize is that you can have more control over the size of your wins and losses. For example, if you sell a position at a 5% loss, your average loss can never be greater than 5%. Similarly, by adding to your winning positions, you can control the average size of your winning trades. By cutting your losses and adding to your winners, you will, on average, have fewer large winners (the vital few) and several small losses (the trivial many). If you focus on controlling your individual trades rather than wasting time trying to pick the winners while keeping overall expectancy in mind, it will make a world of difference in your trading results.

Read Book: Trade With Passion and Purpose By Mark Whistler

If you disregard the creation or destruction of money, you can assume that money flux is constant. In other words, the amount of money that is changing hands remains constant. Another thing to keep in mind is that markets will lean toward a path of least resistance. It’s easiest to pay off the smallest group with the losses of the largest group (another case of the 80–20 rule). When you put the path of least resistance and constant money flux together, then it is clear that if winners, on average, have large positions, there’s a strong chance that most people are losing money. If the number of winners and losers were equal, markets would, on average, break even. This implies that you can expect to have more losing trades than winning trades in the long run. There will always be a power law distribution between winners and losers in the market—20% of traders get away with 80% of the money on a longer time scale. 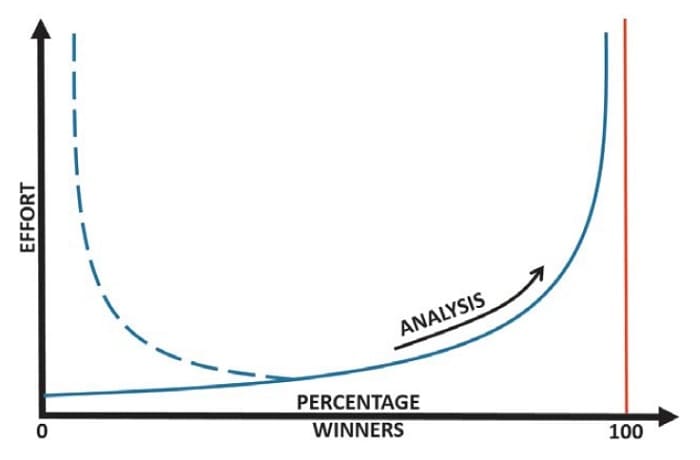 FIGURE 2: AN EXPLANATION OF THE POWER LAW. If you wish to increase the percentage of your winners, the more difﬁcult it will get. Given that nobody can win 100% of the time in the markets, this curve will be asymptotic to the 100% line drawn in red.