For those who are unfamiliar with the expression, a Key Level is merely a profound level of resistance or support. They are the points at which the very best trading opportunities are to be found. Specifically, they are the levels at which reversal and continuation scenarios unfold. For successful traders the world over, Key Levels are the holy grail. The vast majority of successful traders have techniques and approaches that revolve around Key Levels. The reason is simple. Key Levels enable the implementation of a sound risk management strategy.

Failing to control risk is the greatest hazard known to a trader. Those who fail in this endeavour do crash and burn eventually. There are many risk management techniques held out as credible, but the only one that I have found to be effective, is the one that utilises Key Levels.

We all know that clichéd rule to cut losses fast, and to let profits run. There are many people who will cut a position once a certain percentage of loss is accrued. This approach however makes no sense whatsoever. Just because the price moves a certain distance against you, does not necessarily mean you are wrong. After all, how many times have you been stopped out, only to then see the price move in the direction that you had initially anticipated.

There is just one method of risk control that makes sense. That is, to enter a position on one side of a Key Level, and to place your stop-loss order on the other side. It is at the key support level that most bulls step forward to buy, and it is at the key resistance level that most bears are stirred to action. If a market drops down through the key support, then the bulls have thrown all they have at the battle, but have lost. It makes perfect sense to enter the battle as a bull when above the key support, because it is from there that you will be a part of the bigger herd. If the support fails, it then makes perfect sense to exit. After all, the battle has been fought, and the bears, the opposition, have been victorious.

See also  Profits Can Be Painful, Too By John Magee

Get The Ultimate Supply And Demand Course By Colibri Trader

The opposite is true at the key resistance level. There is no formula for identifying a Key Level. The Key Level will always be where most people perceive it to be. It is a self-fulfilling outcome. That being so, to determine the Key Level, the correct approach is to apply the same analytical tools that the big institutional traders use. After all, they do dominate the markets. I know the analytical tools that the institutions employ, and so I do consistently identify the Key Levels that matter. 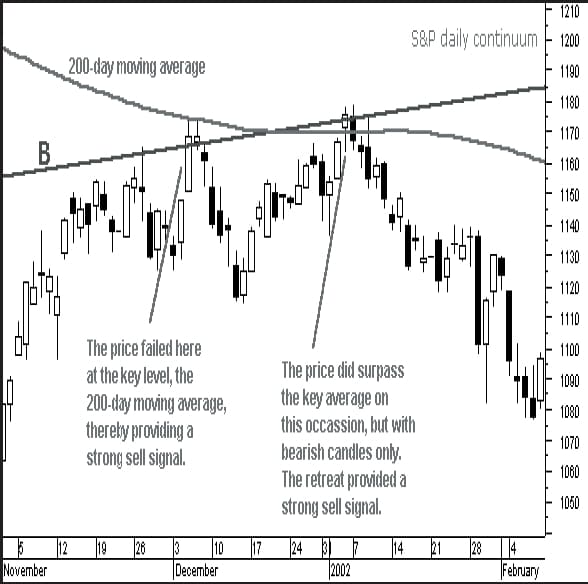 These tools include standard trend line analysis, Fibonacci retracement levels, wave theory, and moving averages, amongst others. I subscribe to the theory that nothing works but hard work, and so I do put in considerable time and effort determining what the Key Levels might be. Having identified a Key Level, I then watch and wait until the price arrives there. Once at the Key Level, I then use the candles to determine whether the Key Level will hold or break.

In my view, candle theory is by far the most valuable tool available to a futures trader. The reason being that candles reveal sentiment, and after all, sentiment does drive momentum. Having decided, for example, that a Key Level will hold, I enter a position, and at the same time place a stop-loss order on the other side. If stopped out, but without confirmation of the break from the candles, I will have a propensity to go back in, assuming that the broken level is subsequently reinstated.

If not, if the candles point to the break as credible, then I simply go with the flow, and with my stop-loss order for the new position back on the other side of the Key Level. Trading futures can be enormously satisfying, as well as rewarding, but a sound approach is an absolute must. Key Levels are the backbone, foundation, and guts of my own approach, an approach that I have proven to be sound.

Paul Nojin is an advisor and trader.