While Goodman finds this important it is not considered by itself enough to be tradable. Goodman Wave Theory goes another step: If more swing and/or matrix points meet at the same price, the equilibrium should be even stronger. A double intersection: 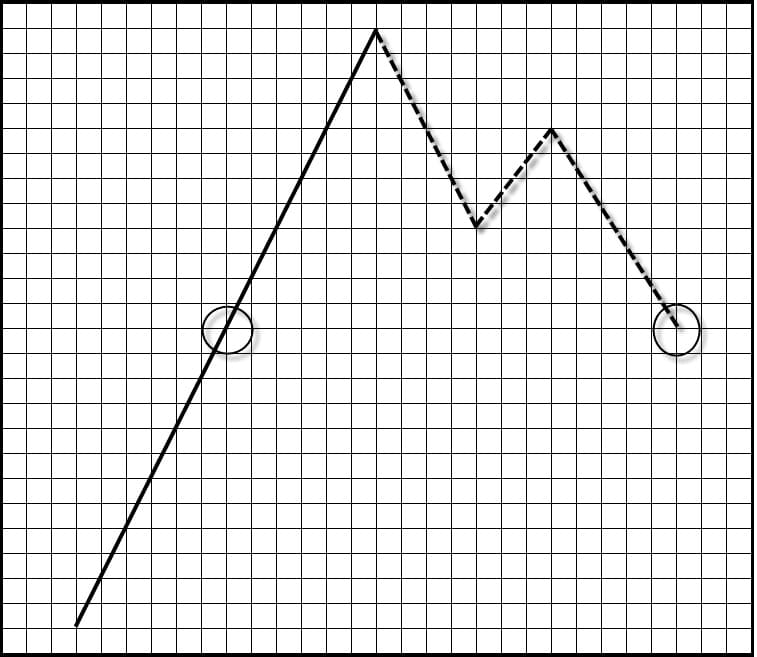 DIAGRAM 7 The EP of the secondary swing matrix intersects the TP of the primary swing. This is a ‘3’ Template in Goodman Wave Theory. 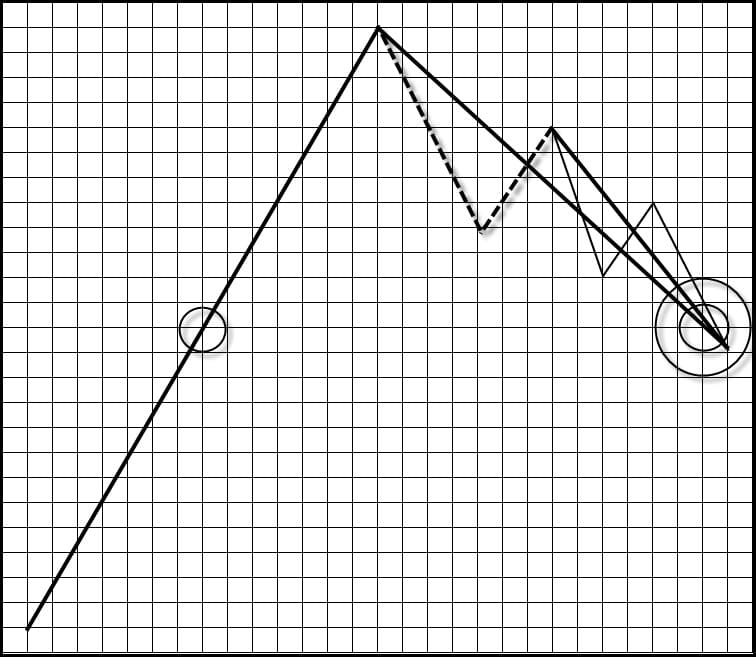 See also  Taking Gann, Elliott, And Fibonacci To The Bank By Robert Miner

A third difference between Elliott and the Goodman Swing Count System – the latter provides a built-in counting scheme to make forecasts more accurate and simultaneously providing the trader built-in price targets. The years I have mentored traders on GWT, the 3-C Principle is typically received as the most interesting. I caution however, to become familiar with the first two Principles before working with the 3-C. You cannot do algebra until you know how to add, multiply, subtract and divide. 3-C stands for Compensation, Carryover and Cancellation.

In GWT if prices miss the 50% retracement of the FPS – the EP of the SS – either by going too far or not far enough, that amount will be made up on the next swing at the SPS EP. Prices will be over or under the measured move by that amount. The logic is similar to that of the measured move: any imbalance will need to be compensated at some point. 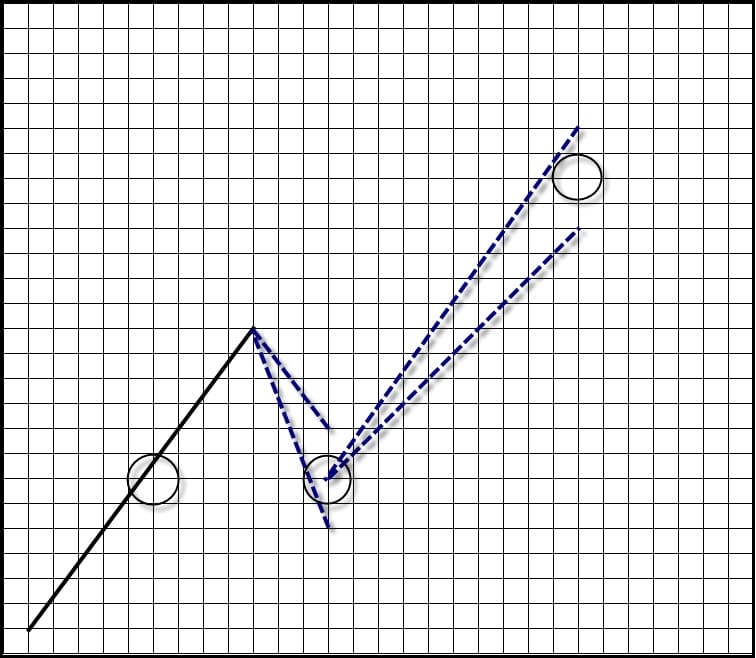 In this example the FPS is 12 units. One SS is 2 units short of the primary swing TP and the other SS is 2 units long the primary swing TP. The target value where the matrix cancels will be either 2 units short of 12 (10 units) or 2 units long of 12 (14 units) – as measured from the FPS TP. The ‘over’ or ‘under’ will re-establish buyer-seller equilibrium.

In GWT prices will compensate for missing the 50% retracement. That amount will carry over until it cancels. A cancel counts as an intersection in Goodman Wave Theory. This is the Primary Count. If prices have not cancelled, a Secondary Count is made to the next swing. By offering target price zones GWT further responses to the issue of indeterminacy.

There are three Goodman trade setups – Return, Standard and PTS (Propagation Trade Setup. They all are varieties of the Basic Setup. 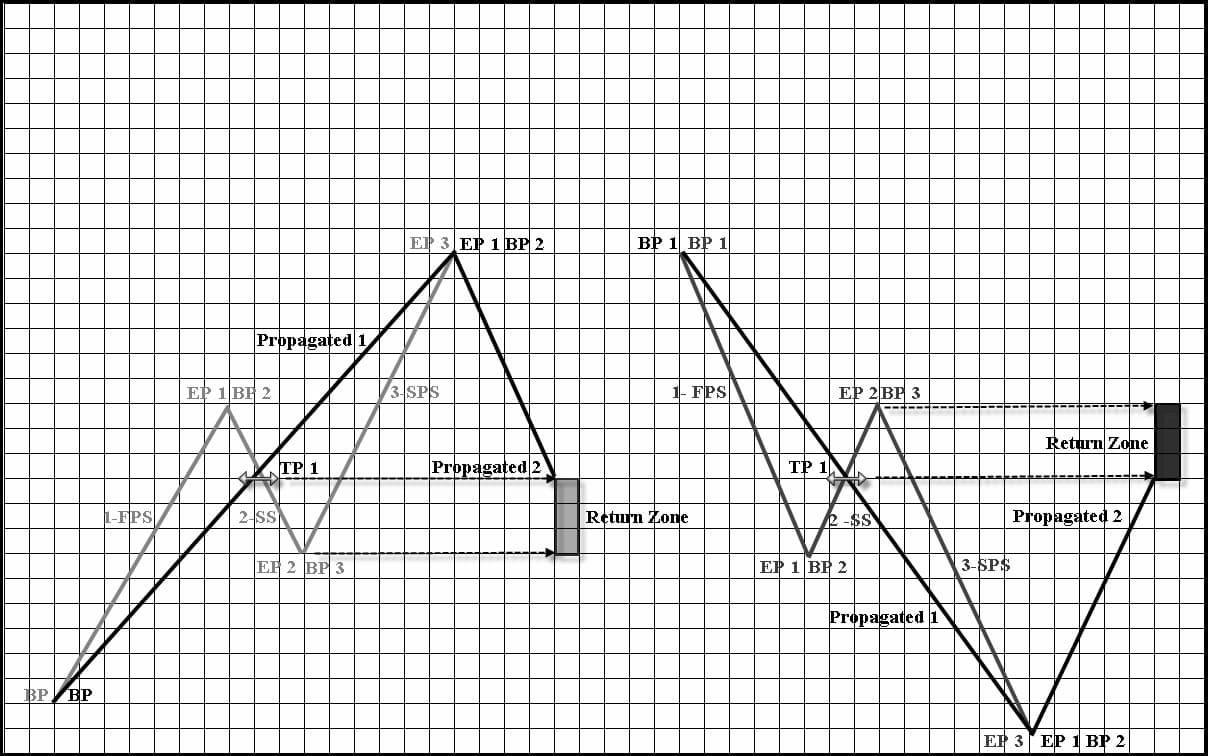 The Basic Setup uses the Axiom of 1-2-3, the Propagation Principle and the Intersection Principle. More accuracy can be derived by applying the 3-C Principle once you have identified a Basic Setup. The Basic Setup is qualified with what are called Overlays in GWT. From the Basic Setup the trader is said to look ‘inward’ and ‘outward’ to find the best trade candidates.

There are a several more GWT principles as well as key concepts such as overlay, dominance, breakaway, Siamese swing and the fascinating Goodman Knot. But perhaps most interesting is the time-based parallel to GWT’s price-based forecasting discussed herein. Mr. Goodman considered GWT comprised of both components – the Price Count (PC) for prices as I have discussed here and the Time Count (TC) for time.
Whereas PC gives vertical price ranges for points and intersections, TC generates horizontal time ranges. Together they form price-time /horizontal-vertical intersections on a chart called landing areas. 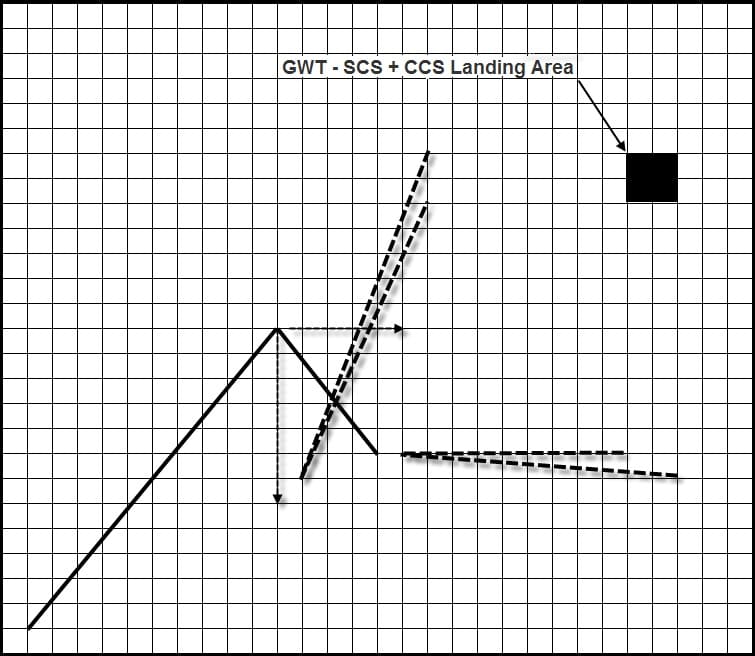 Generally speaking, Goodman Wave analysis results in less-and-less possibilities and higher-and-higher percentage setups whereas Elliott Wave analysis tends to result in more-and-more possibilities. Several of my students have observed that Elliott is more descriptive of charts while Goodman is more predictive of charts. Of course, both have areas of indeterminacy – but in Goodman these are not only less in number but very specific in formation, thereby allowing for quantification and objective study and analysis.

Goodman Wave Theory has one axiom and three main principles: The Axiom of 1-2-3 and Principles of Propagation, Intersection and 3-C. These also differentiate it from Elliott Wave Theory. Propagation is the most important, stating every 1-2-3 becomes a ‘1’ in a larger 1-2-3. The basic Goodman trading setup is to find a 1-2-3 that has propagated into a larger -1-2 where the EP of the propagated ‘2’ intersects the TP of the original 1-2-3 in a Return Zone.

The Goodman trade is for the larger ‘3’ swing. Intersection narrows the possible forecasts and 3-C provides built-in price targets. A novice can begin using Goodman Wave Theory with very little study and an experienced trader can integrate it into his or her trading routine. Goodman Wave Theory, like chess, is a sea in which a gnat may drink and an elephant may bathe.