In the year 3136 (56 square) Claude Hopper visited the Great Agriculture Hall of Fame and while there he noticed some numbers on the ceiling and he asked what those numbers were all about. The tour guide mentioned that back in those times food and feed were raised upon the land and there were times of famine and times of feasts. (Of course in these modern times all food is synthetic so there is always plenty). This meant the price of foods and feeds varied greatly over periods of time and that these numbers were used in predicting prices in the future markets when and where there were traders yelling and jumping about like deranged madmen buying and selling what was when called commodities. 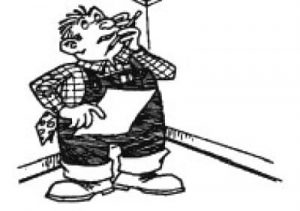 These numbers on the ceiling were called Woody’s Fantastic Fractions and Woody’s advice was sought at taverns, coffee shops, and grain elevators which he freely gave and was worth every cent of it. He was like a voice in the wilderness yelling to hell with politicians, lawyers, market advisers, pimps and brokers. (The last two were very nearly one of the same).

Woody, the tour guide said, was fascinated with numbers (and ﬁgures) and preached that markets move either up or down in sevenths and retrace in eighths. He preached that marketing was more art than science and that was why the great agriculture universities seldom ever taught effective marketing. Their haven seemingly was fundamentals which entailed all sorts of complex formulas which only the privileged few were allowed to understand. His thoughts were that people made markets and as such were full of emotions of all sorts thereby making markets an art form.

Woody subscribed to a magazine called “Trader’s World” and started to read the various articles. Some of these articles he understood and others he simply did not. He had difﬁculty correlating the angle of Venus to Mars to the rings around your anus to the price of soybeans in Jasper County, Iowa. This simply stretched his abstract thinking abilities beyond their limits. He continued to read these various articles and to ﬁnd the assorted ‘keys’ that would ﬁt into his realm of existence. He had his own set of numerical abstract ﬁgures which he freely shared with others. The guide said that they had this ancient device called a VCR and we will play it so you can observe Woody as he described his Fantastic Fractions. Be seated folks and I will play this crude device as it was recorded.

I’ve read some of W. D. Gann’s books and like others have been amazed at what he could envision! However, I’ve also been amazed at what seems to be missing is his various writings. He talked about the importance of 8ths and 9, but somehow I haven’t read about the most important number of the human condition that being the number seven. There are seven days in the week, seven year cycles of our existence and if you are a Bible scholar there are countless references to the number seven throughout the entire book or library. Why is it missing? As Tevia said in the play “Fiddler on the Roof” … “I’ll tell you. I don’t know.” When the question is asked about the market it is like asking “How is your wife?” The only reasonable answer can be “Compared to whose or what?” In one of my searches I discovered that the ancients did not use the decimal system, but used fractions extensively. So the challenge became to use sevens and fractions in such a way to compare prices. (I’ve never been able to use these in comparing wives however.)

I discovered that by splitting seven into sevenths, fourteenths, twenty-eights, and ﬁfty-sixths (seven times eight) I was able to predict where support and resistance were hiding in the movement of the market and squiggles of the charts. In the case of an uptrend, multiply the bottom tic times 28/27, 56/53, 14/13. etc. using 56 as a numerator and reducing the denominator by one. This gives a greater number in each consecutive case. The numbers in a downtrending market are simply inverse of the uptrend ones. The greatest support or resistance is where the fractions are the smallest. (A 6/7 offers more support than a 51/56). One can use these numbers from two or more lows on a market incline or advance and where these numbers are close together there is much support or resistance. In many cases the numbers are very close to those achieved by a “Gann Wheel”.

Mr. Woods is a farmer and an occasional trader.