How to Make Profits In Commodities $15.49
Back to products 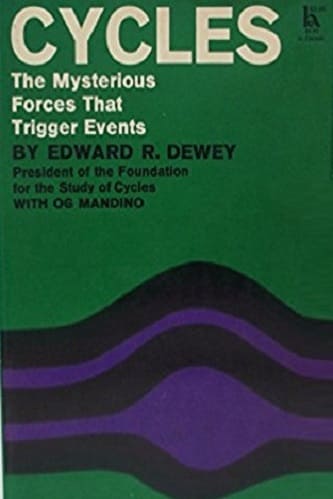 45 Years In Wall Street: A Review of the 193 7 Panic and 1942 Panic, 1946 Bull Market with New Time Rules and Percentage Rules with Charts for Determining the Trend on Stocks

William Delbert Gann (6 June, 1878 – 14 June, 1955) also known as W. D. Gann, was a finance trader who developed the technical analysis tool known as Gann angles. Gann market forecasting methods are based on geometry, astrology, and ancient mathematics. Opinions are sharply divided on the value and relevance of his work. Gann wrote a number of books on trading, the classic text being 45 Years in Wall Street. Gann has developed a very faithful group of followers and adherents.

In 1910 at the request of friends I wrote a small booklet entitled “Speculation a Profitable Profession.” In this booklet I gave the rules that helped me to make a success in my personal trading. January, 1923, I wrote, “Truth of the Stock Tape” to help those who were trying to help themselves in speculation and investment trading. This book was favorably received by the public and many proclaimed it my Masterpiece. The book fulfilled its mission as evidenced by letters from grateful readers.

After predicting the great panic in 1929 there was a call for a new book to bring “Truth of the Stock Tape” up to date. I answered that call in the early part of 1930 by writing “Wall Street Stock Selector” giving my readers the benefit of practical experience in which I developed new rules since 1923. In “Wall Street Stock Selector” I predicted the “Investors Panic,” and said that it would be the greatest panic the world had ever known. This prediction was fulfilled by the panic which ended in July, 1932, with some stocks declining to the lowest levels they had reached for the past 40 to 50 years.

A great advance followed the 1932 panic and my rules helped many people to make substantial profits. In 1935 satisfied readers asked me to write a new book. I responded to that call by writing my third book “New Stock Trend Detector” in the latter part of 1935, giving the benefit of my experience and new and practical rules which I had discovered. Since 1935 many changes have taken place; the market passed through the panic of 1937 which was forecast by me. The decline ended in March, 1928, and a minor Bull Market followed to November 10, 1938.

The second World War started September l,”1939, and the United States entered the war in December, 1941. After we were in the war a further liquidation in stocks occurred and final lows were reached April 28, 1942, when stocks sold below the low level of ,1938 at the lowest levels since 1932. From the lows in 1942 a prolonged advance followed which continued after the end of the Japanese War in August, 1945.

1946, May 29, stocks sold at the highest level they had reached since 1929. My rules and my forecast called the top of this advance and the sharp decline which followed to October 30, 1946, when final low was reached. Fourteen years have passed since writing my last book and I have gained more knowledge through actual market operations. The world is upset and confused; investors and traders are puzzled over the business depression and the decline in the stock market. Many have written requesting me to write a new book. With the desire to help others I have written “45 Years in Wall Street” giving the benefit of my experience and my new discoveries to aid others in these difficult times. I am now in my 72nd year; fame would do me no good. I have more income than I can spend for my needs, therefore, my only object in writing this new book is to give to others the most valuable gift possible-KNOWLEDGE! If a few find the way to make safer investments my object will have been accomplished and satisfied readers will be my reward.