Beyond Technical Analysis $28.30
Back to products Beyond Candlesticks provides step-by-step instructions, detailed charts and graphs, and clear-cut guidance on tracking and analyzing results, everything you need to pick up these sharp new tools and take your place at the cutting edge of technical analysis.

A chart is like a map, the more information each one provides, the better the chance of reaching your destination safely. Candle charts display a more detailed and accurate map of the market than do bar charts.

A Japanese book that I had translated stated, “It is not an exaggeration to say that candlesticks are the best in the world and a very exquisite creation for charts.

This is because, as detailed below, candle charts open new avenues of analysis and offer many advantages over bar charts:

1- Candle charts will pictorially display the supply-demand situation by showing who is winning the battle between the bulls and the bears. Bar charts do not.

2- Like bar charts, candle charts will show the trend of the market, but candle charts add another dimension of analysis by revealing the force
behind the move.

3- Bar chart techniques can often take weeks to transmit a reversal signal. However, candle charts will often send out clues of imminent reversals in one to three sessions. The result is that candle charts often provide the opportunity for more timely trades.

These are just some reasons why the flames of interest in candle charts grow ever brighter. In just a few years, candle charts have joined bar charts and point and figure charts as a basic charting technique.

Candle charts are drawn using the same data as bar charts (the open, high, low, and close), so they send all the same signals that can be found ot but charts. 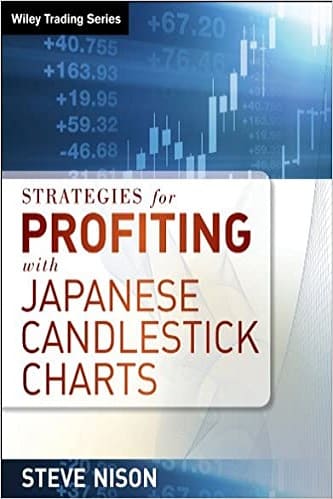