How to Use the Ratio Compass Divider By Larry Jacobs

The Elliott Wave method of market analysis is an excellent technical analysis method. The basic idea of the Elliott Wave Theory, is that a bull market has ﬁve waves up to a top followed by a down turn. Waves 1,3, and 5 are thrust waves and waves 2 and 4 are corrective waves. Two of the thrust waves are the same length. Within each of these wave patterns are smaller wave patterns. The Elliott Wave Theory states that if wave 2 is a simple correction (prices falling without interruption in the down trend), then wave 4 will be a complex correction with a 3 wave A B C movement down to wave 4. 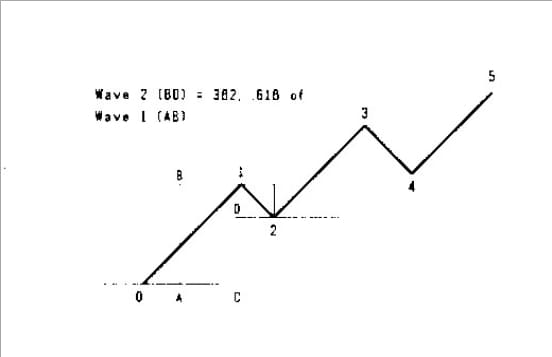 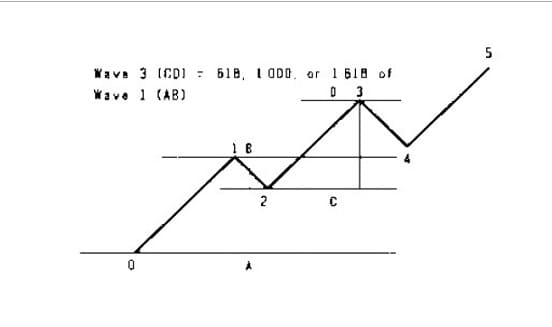 PROCEDURE: Place compass point A on the 0 base line. Place point B at the top of wave 1. Flip the compass. Place point C at the bottom of wave 2 and mark point D. This is the projected top of wave 3. 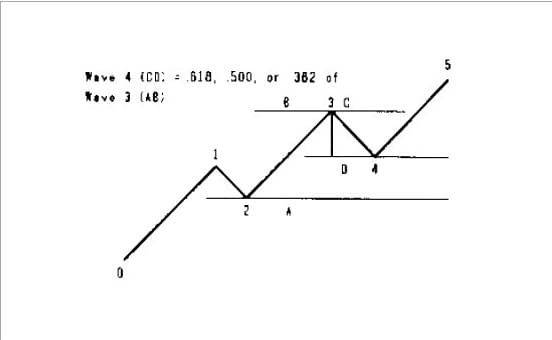 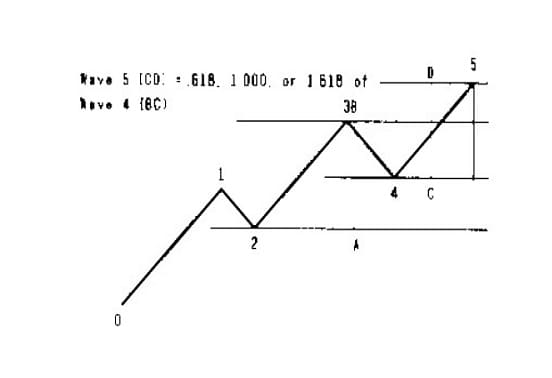 There are many other ratios that can be used to project wave lengths. Some are related to the golden ratios and others are linked to the 1/2 and 1/3 points of the Gann Square. The techniques to be used with these ratios are very interesting and can be highly proﬁtable. In following issues we will go into some of the other ratios and techniques that can be used with them.