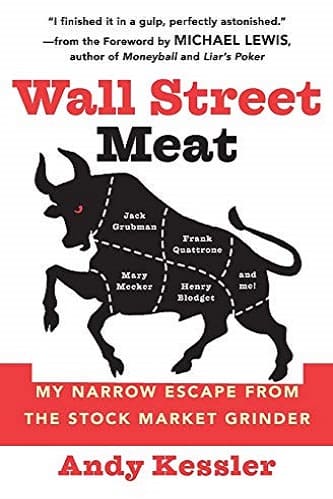 Wall Street Meat: My Narrow Escape from the Stock Market Grinder $7.74
Back to products 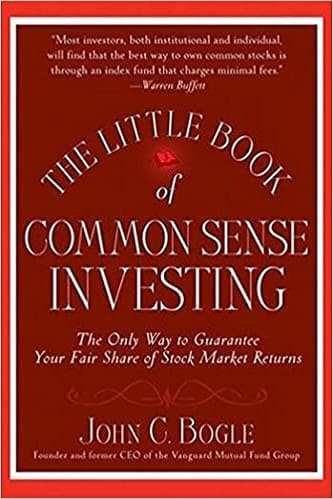 Little Book of Common Sense Investing: The Only Way to Guarantee Your Fair Share of Stock Market Returns  $12.25

In The Invisible Hands, top global macro managers reveal their own (clearly successful) approaches to markets and risk, suggesting important tenets for money management in a future, precarious world. The book highlights the similarities among successful traders, showing that the investment process should be anchored in understanding the true risk-adjusted returns in your portfolio. In light of the colossal losses and ongoing difficulties caused by the financial crisis, it’s obvious that the time has come to rethink money management in the broadest of terms. Drastic changes are clearly in order, but no new model has yet been implemented. Steven Drobny explores a new model from a simple starting point—by consulting the traders and managers who actually made money during this profoundly difficult period.

What is the difference between a Peruvian peasant farmer and a Harvard or Yale endowment manager? Answer: The peasant is the one who understands risk-sensitive investing and sound investment goals. That question and answer illustrate why I, as a mere impractical academic historian, ﬁnd the practical world of investment fascinating. I got my ﬁrst peek into the mystery-wrapped world of hedge funds several years ago, when Steven Drobny invited me to give the opening address at his annual conference for hedge fund managers. That initial peek aroused my curiosity. It led me to return to his conference in the following year as an observer, to meet some of Steven’s colleagues and invited managers, to read Steven’s previous book, Inside the House of Money, and to enjoy brunches with Steven from time to time, where we talk about anything from hedge funds and raising children to ﬁxing the world.

One reason why I became fascinated in the world of investing was the parallels that I saw between investing and history. The issue of risk is acute in both of those spheres. Endowment and hedge fund managers evaluate upside and downside risk to the money they manage for other people, and they make or lose money as a result of those evaluations. The historical and modern peoples whom I study assess upside and downside risk to their own resources that they manage, and they and their families survive or die as a result of those evaluations.

For example, in the Middle Ages, the Norse on the island of Green-land, descended from Viking settlers who colonized Greenland in the year AD 984, made decisions each year about how many of their cows to cull in the fall. They knew the amount of hay that they had harvested during the previous summer, and knew the length of each individual winter (hence the demand for hay to feed the cows over the winter) over many past decades, but did not know the length of the particular winter lying ahead. If they still had hay left in the spring, that meant that they had culled a certain unnecessary quantity of cows, and they could have brought more cows through the winter, then produced more milk, cheese, and meat as a result and been less hungry the following year. If they instead found themselves running out of hay during the winter, that meant they had culled too few cows in the fall, meaning they would have to start sacriﬁcing cows in the winter, ending up with fewer cows in the spring than if they had culled more cows already in the fall.

For about 376 years, the Greenland Norse made those annual decisions about risk-sensitive investment in cow herds sufﬁciently well that they ﬂourished. But around year AD 1360 there was a particularly cold series of winters for which their hay gamble proved to be a bad miscalculation, with the result that all their cows died during one winter, and all of the thousand or so Norse of Greenland’s Western Settlement starved to death in the late winter. Hedge fund managers will undoubtedly empathize with the dilemma that the Norse faced, and with their temptation to be greedy and to invest in many cows in their winter herd. But managers will be grateful, when their own risk calculations prove to be in error, that they themselves lose only their investors’ money and don’t lose their own lives.