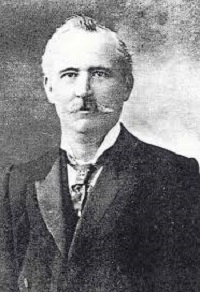 His work stimulated a revival of astrology in the Western world after its decline at the end of the 17th century. Leo was a devout theosophist and he worked many of its religious concepts such as karma and reincarnation into his astrology. He used the Theosophical Society’s vast international connections to publish, translate and disseminate his work across Europe and America.

Leo, who took the name of his sun-sign as a pseudonym, is credited with starting the movement towards a more psychologically-oriented horoscope analysis in astrology, being the first astrologer to argue for a loose interpretation of possible trends of experience rather than the specific prediction of events. His influence has been described as marking a ‘turning point’ in horoscope delineation, because, as astrological historian James Holden explains:

Thereafter, what has been more recently called “event-oriented” astrology gradually receded in favor of character analysis and vague descriptions of possible areas of psychological harmony or stress.

In 1890, Leo, invited George R.S. Mead to found an occult lodge in Brixton, South London. Towards the end of his life, in 1909, and again in 1911, Leo travelled with his wife to India where he studied Indian astrology. As a result of his studies in India, he later attempted to incorporate portions of Indian astrology into the western astrological model.

Leo’s book The Art of Synthesis (1912) was a probable influence on Gustav Holst’s work The Planets. In this book, Leo gave the planets descriptions such as “Mars the Energiser”. In 1915 Leo founded the Astrological Lodge of London.

In 1914, aged 54, Leo faced prosecution against the charge that he “did unlawfully pretend to tell fortunes” through astrology. The case was dismissed for lack of evidence, but it led to Leo’s belief that astrology needed to be revised to be legitimised. His advice to fellow astrologers was:

Let us part company with the fatalistic astrologer who prides himself on his predictions and who is ever seeking to convince the world that in the predictive side of Astrology alone shall we find its value. We need not argue the point as to its reality, but instead make a much-needed change in the word and call Astrology the science of tendencies.

In 1917 Leo stood trial again on a similar charge. Despite his insistence that he told only “tendencies” and not “fortunes”, he lost his case and was fined £5 plus costs. Leo was convicted of fortune-telling on 16 July 1917. He died a few weeks later from an apoplexy (cerebral haemorrhage), at 10:00 am on 30 August 1917, whilst on a holiday at Bude in Cornwall, which was intended to restore his health after the ordeals of the trial. He had used the ‘holiday’ as a period in which he rewrote hundreds of pages of astrological text to “recast the whole system and make it run more along the lines of character reading and less as the assertion of an inevitable destiny”, despite being warned by his wife that “he needed rest badly after the worry and anxiety of the law case”, and was overworking himself and heading for a breakdown. After his sudden death the rewriting of his work was completed by his friend and colleague H.S. Greene. Greene also remarked on how the 1917 prosecution had caused worry for Leo during the process of the trial.