Sentiment in the Forex Market: Indicators and Strategies To Profit from Crowd Behavior and Market Extremes $18.05
Back to products Trading Against the Crowd: Profiting from Fear and Greed in Stock, Futures and Options Markets

Trading Against the Crowd is the first book to provide a comprehensive assessment of investor crowd psychology, offering valuable market timing tools and trading techniques.

In Trading Against the Crowd, I explain how to understand investor sentiment data, build custom indicators with that data, and incorporate these sentiment indicators in trading systems that I have developed and tested. While the premise of this book is that the speculative crowd tends to misread the market at the most extreme sentiment points, some of the trading systems presented here also profit from less extreme sentiment.

Profitable trading is shown to be possible in above- and below-average bearish and bullish sentiment cycles that operate within larger sentiment waves.Whether trading on short-term cycles (or waves) or longer-term ones, however, the systems tested and presented here provide powerful evidence of the nonrandom (thus, predictable) nature of markets.

While markets ultimately may be regulated by fundamentals, the common errors and misjudgments that regularly appear in the crowd’s actions suggest another dimension to market price behavior is at work. It appears markets become victim of the crowd’s emotions for periods of time longer than random walk theorists (who believe that predicting future price movements is not possible) are willing to accept. Examples of these crowd actions are the manias found in history like the stock market bubble of the 1990s, as well as short-term overreaction to news shocks. The goal of this book, therefore, is to develop trading systems that are capable of harnessing profitably such emotionally charged misjudgments. 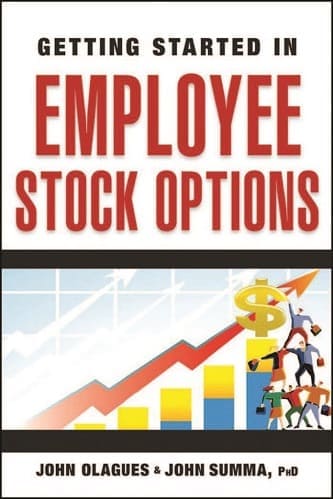 Getting Started In Employee Stock Options