Making It in the Market: Richard Ney's Low-Risk System for Stock Market Investors $23.20
Back to products 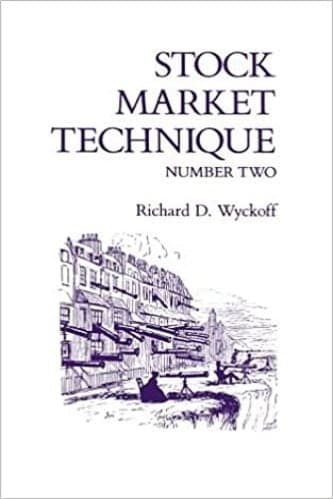 The Law of Vibration: The Revelation of William D. Gann

In The Law of Vibration, Tony Plummer presents a new theory which he argues is revealing of a fundamental truth about the deep-structure of the universe. The Law is embodied in a very specific pattern of oscillation that accompanies change and evolution. It can be found in fluctuations in stock markets and in economic activity.

It also suggests that it was known about in the early part of the 20th century because it was concealed in the structure of books written by the renowned stock market trader, William D. Gann, and by the mindfulness exponent, George Gurdjieff. Both men chose to preserve their knowledge of the pattern in a hidden form for some unknown future purpose.

I have for many years been fascinated by the hidden aspects of Nature: by the order underlying the apparent chaos; by the limited set of mathematical ratios chat appear to reflect that order; and by our personal involvement in that order. It is my strong belief chat individual decisions are almost always contaminated by collective beliefs and shared moods, and chat therefore we have far less control over our affairs than is supposed. The result, however, is a form of systemic coherence chat is not yet accepted by conventional economic theory.

The Law of Vibration is about a critical aspect of this systemic coherence. It is about a very distinctive pattern chat emerges in the presence of natural cyclical behaviour. Astonishingly, the pattern was hidden almost 2000 years ago in a small piece of text in the Greek version of the Christian Gospel of St. Matthew.

The pattern was unearthed, and then buried again, by the famous financial market speculator William D. Gann. And the same pattern was alluded to, but also hidden, by the great mindfulness exponent George I. Gurdjieff. The lineage of the cycle pattern suggests that it represents a genuine revelation. It has taken me more than 20 years to unravel the code chat has hidden chis revelation, and I feel very privileged to have been able to do it.

This book, then, is about a law of vibration chat is alleged to permeate the cosmos. There is strong evidence that this law influences financial market fluctuations and economic cycles. But the exciting possibility is chat signs of the law of vibration can be found in a whole range of research disciplines – from cosmology at one end to quantum physics at the ocher. It may be chat William Gann was an important link in a chain of transmission chat – at a minimum – can be dated back almost two millennia.