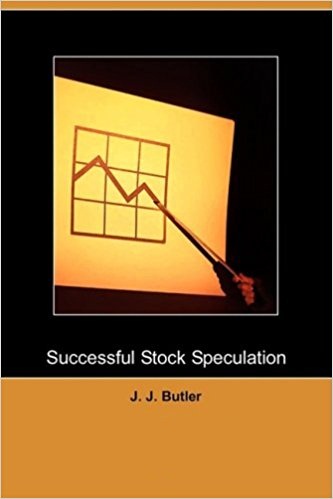 The great upward and downward swings of speculative prices, herein referred to as cycles, have invariably preceded or accompanied periods of business inflation or depression. This fact, apparently so elemental, is often disregarded by that very large class of speculators which is continually looking for artificial and unpregnant explanations of price changes. There can be no doubt as to the existence of manipulation, and, in rare cases, movements of considerable importance may be traced to this source alone; but manipulation consists, in its fullest sense, of the tactics resorted to for the purpose of liquidating shares in anticipation of a decline which the long-distance thinkers believe to be inevitable; or, per contra, for the accumulation of shares prior to a great recovery or readjustment.

It is seldom employed as a positive means of enhancing or depressing values. In fact, to do either by mere manipulation would be an impossibility. Every observer of great speculative movements knows that at the highest point of a movement, and during the first half of a decline everything appears roseate, while at the lowest prices, and during the first half of an advance, the reverse is true. There are several contributory causes which operate to produce these false appearances. The primary cause is the curtailed perspective and imperfect logic of the public investor or speculator. The most difficult thing to drill into the mind of the unsophisticated is the fact that speculation cannot possibly be successfully based on appearances which are open and obvious.

Such a process is a flat contradiction of the word itself. It is unseen future developments or, in some cases, hidden and submerged present truths which must be consulted. Yet we find a great majority of the public element who seek riches in the speculative arena, constantly harping on the large business of certain corporations, and the excellent state of general trade as a reason for purchasing shares.

These factors have in all probability, been discounted in current prices. Generally speaking, the present is of no more use than the past in forming opinions of future price changes. It is a certainty that sales of stocks could not be made in great volume to good advantage unless everything did look rosy, for who would purchase shares at high prices if the future appeared threatening or unpropitious, and who would seli holdings in the face of encouraging and inspiriting prospects.

This brings us to the second phase of the question-the creation of false appearances, whioh is, in truth, the highest form of manipulation. When so-called inside seiling is going on, great business is reported by railroad and producing corporations; dividends are increased, and public expressions of confidence emanate from men of high standing in the financial world. The effect of ali this expressed optimism is, market-wise, of a negative character. When it is most prevalent and mos,t decisive, prices halt or even decline. This period and action represents selling at the only time when advantageous selling is possible. In the main the truth only is told about existent conditions, possibly about the near future.

Nothing else is necessary; but nevertheless the sellers are anticipating, not the events of the next week or the next month, but of a more remote period where they see probabilities in regard to which a discreet silence is maintained. The constantly recurring cycles of prices, the alternate inflation and depression, must therefore be traced to something far more important than the grossly exaggerated potentiality of mere manipulation.