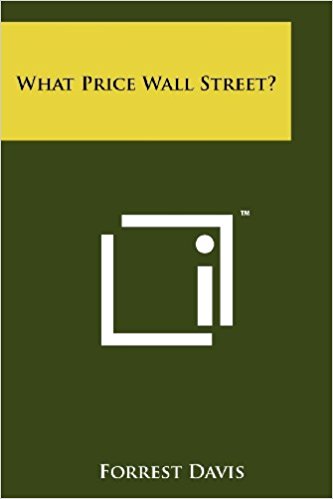 What Price Wall Street $20.00
Back to products Practical occultism is a method of realizing the deeper psychological and spiritual life potentially existent within every creature, and which bears a practical significan.c:e to the daily experience of ordinary life. Higher truth, vision and life are not only for the great and eventful occasion; they should as well serve in every moment, even the most commonplace; for it is only as the psychological life becomes the normal every-day life that the path can be trodden and the goal finally reached.

Occultism, in various forms, is becoming in a tremendous and may be dangerous sense the fad of the world. The danger is evident in the important fact that the occult is so glibly handled by those who know it so little. There are those even like a child, ignorantly playing with fire, employ occultism for commercial and selfish purposes, and hourly curse themselves through the law of reflection. They invariably become neurasthenic.

Occultism, in no sense, signifies the tinkling of astral bells, the · gibberings of earthbound souls, and similar mob-attracting phenomena. The greatest occultist is the greatest child; the greatest occult vision, the vision of the spirit; the greatest occult deed and rarest, the unselfish deed. Thrice blessed by the Karmic Deities are such who, in unison with the True White Brotherhood, perform the simplest act of kindness, and employ the higher senses and the soul-faculties. in a simple, humble spirit for the benefit of the fellowman.

The Samana Gotama, the Buddha, told his Arhats and chelas never to perplex themselves concerning four certain truths: one of these truths was relative to the psychological powers which evolve with soul-development. Another great teacher, Bhagavan Sri Ramakrishna, instructed his disciples· that psychological phenomena, in themselves, had a tendency to lead the seeker after Truth in vaingloriousness from the noble path leading to the goal.

It is related that, on a certain occasion, when a disciple said: “Master, I have acquired the power to read the human heart,” he replied: “Shame on thee, boy, for following such practices.” The learned Swamije Vivekananda, who so ably taught the philosophy of the Vedanta in this, country and Europe, and was a disciple of Bhagavan Sri Ramakrishna, explained in a simple manner in his “Raja Yoga” those truths of psychology known to India for countless generations.

His book was the result of the abnormal curiosity concerning the occult he found rampant in this land. Personally he never countenanced its, practices. His religious aim was higher. Yet, it is said of him, when a Chicago millionaire ridiculingly insisted that he display occult powers, he simply looked in the ‘man’s eyes. Later the man declared: “In that look, I felt as if my entire life lay like an open book before the swami.”

India, that land of enchantment and magic, has produced also those sages who advised the people to turn their gaze from occult distractions to the vision of the Self and the Eternal.