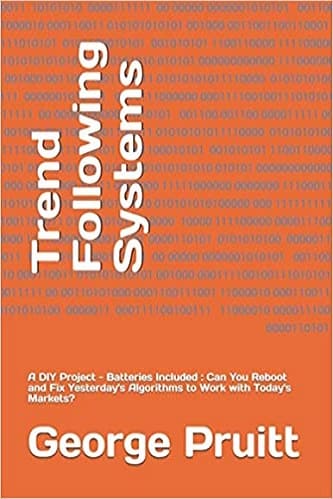 Trend Following Systems $17.31
Back to products 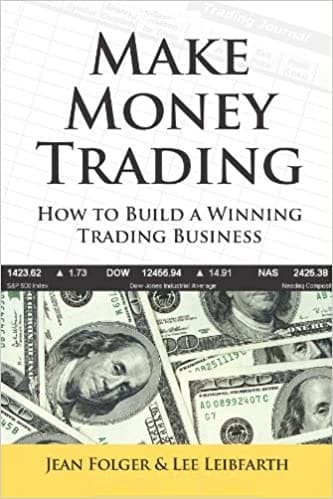 Make Money Trading: How to Build a Winning Trading Business $15.65

Chronicles of a Million Dollar Trader: My Road, Valleys, and Peaks to Final Trading Victory

Chronicles of a Million Dollar Trader goes further than most trading books because you get to live with Don day by day, seeing both his actual trading along with his mind frame. If you want to learn from someone who has mastered day trading, and has successfully done so for years, then this book is must reading.  The methods Don teaches are solid, and more importantly, as you will see here in his book, they’ve been consistently successful.

The content of this book is, for the most part, laid out chronologically, beginning with a never-before-seen overview in Part I of my early life experiences and career successes and misﬁres that formed necessary building blocks for my later years. The rest of the story is told primarily through approximately 100 detailed trading journal entries made between 2008 and 2012. Part II contains more than 70 detailed journal entries written during the latter half of 2008. Parts III through VII then highlight subsequent periods, including additional key entries made from 2009 to 2012 that reﬂect continued trading, further discoveries, my plan for not joining the majority who let signiﬁcant short-term income disappear, a desire to give back to the industry through charity and trader education, some fun with various recorded trading sessions, and the MF Global saga that shook the futures industry—and this trader—to its very cores.

To illustrate and get us started, here’s my initial journal post from July 2008. Where does one begin after a 212 year break from the public eye? As some of you may know, February 2006 was my last public post after years of teaching traders and writing for various trading publications and websites. Two and a half years. Gas prices were a heckuva lot lower, and the Celtics were pre-Garnett.And while I had planned on remaining “off the radar” until the beginning of 2009, I want to begin sharing the revelations I’ve discovered that have taken my trading to a completely new paradigm, as well as start a formal logging of daily thoughts, trades, and results.

And yes, as I’ve always done in the past, I’ll post actual results . . . good, bad, ugly, and fully supported by trading records. As has been the case in my past “public” life, this will be a completely no-hype site. I hate it, period. I’m a trader . . . pure and simple . . . and consider the ethical portion of this business to be more important than any other aspect of trading. The sole purpose of my posts will be to share observations from one person’s perspec-tive for those who choose to follow my journey to consider. So let the journey begin anew. Although the journaling effort was intentionally unadvertised, it soon became evident how avalanches begin. What started as a small snowball of onlookers would quickly grow into a full-speed avalanche that would later propel the site toward one of the top-visited trading sites, landing it on two industry top 10 lists of trading blogs.