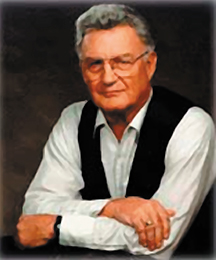 J. Welles Wilder, Jr., was born in the town of Norris, TN, during the Great Depression but grew up in Greensboro, NC. His working life started as a mechanical engineer but he also ventured out into real estate development. After his partners bought him out of his real estate business in 1972, Wilder turned his attention to commodities market.

J. Welles Wilder, Jr., focused on developing mathematical formulae that would lead to profitable trading systems in highly leveraged securities. The bulk of his endeavors were revealed in his book entitled New Concepts in Technical Trading Systems, which was published in 1978 and established Wilder’s reputation as a leading technical analyst. The book remains an important reference for both stock and futures traders and introduced six technical indicators that Wilder used as standalone technical trading systems. These were:

Of these, the DMI, the Parabolic SAR, and the RSI became the most significant.

J. Welles Wilder, Jr., also published The Adam Theory of Markets or What Matters is Profit in 1987 and The Delta Phenomenon in 1991, as well as several articles on trading. in addition, Wilder made several appearances on radio and television programs, and conducted technical trading seminars in Asia, Australia, Canada, USA, and Europe.