How to Trade Stock Options: Profiting in Up and Down Markets By Travis Wilkerson $57.88
Back to products 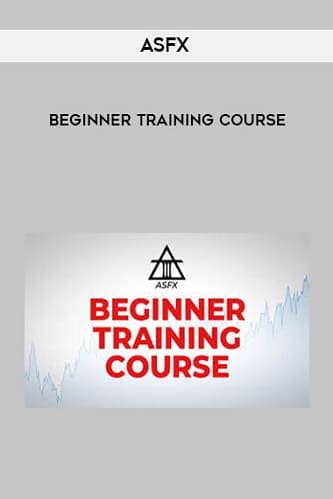 Exploring Jupiter: The Astrological Key to Progress, Prosperity and Potential

Exploring Jupiter: The Astrological Key to Progress, Prosperity & Potential is the very essence of Jupiter. From its apt title, to its generous use of many famous chart examples, to Arroyo’s trademark insight and wisdom on every page, “Exploring Jupiter” is positively a winner! The presentation of the astrology is clear, practical and intelligent, making it a must for both newer students and more experienced practising astrologers.

Exploring Jupiter had its rather sudden origin when a friend reminded me that Pluto would soon be going into Sagittarius, and therefore a much more powerful surge of Sagittarian (and Jupiter’s) energies would soon be apparent worldwide and within each individual. I could not at first pinpoint why I responded to this idea so positively, especially since a new writing project would necessarily interrupt a book I was already working on.

And yet, whenever I mentioned this idea to a person who was familiar with astrology, I found myself getting more enthused about the prospect of doing a book on Jupiter. I was especially motivated since this largest of all the planets, and one which has traditionally been known as the “greater benefic,” nevertheless gets rather brief and often simplistic treatment in the astrological literature. After dwelling on the project for a few days, I finally realized that my own astrological cycles were reflecting a strong and increasing Jupiterian tone. Not surprisingly, some, if not all, of my previous books bore strong features of the essential energies and cycles I had been going through when they were created.

So, although I tried in some ways to dismiss the idea as impractical or just a diversion from my other carefully-formulated plans, I found myself daily making notes for such a book. Evidently, I was Jupiterian enough myself not to see what was right in front of me. When I finally checked all my planetary cycles, I was reminded that not only was I having a Jupiter return, an every-twelve-years renewal of one’s innate Jupiter energies and urges, but also transiting Jupiter was going to conjoin my chart’s ruling planet three times during the year when I would be writing such a book.

Then, when I looked into my progressions, I noticed that my progressed Sun and Moon were both about to enter Sagittarius and that, in fact, there would be a progressed New Moon in the first degree of Sagittarius right in the middle of the time allotted to this project. As students of Dane Rudhyar’s work, especially his Luna­tion Cycle, will recall, the progressed New Moon was regarded by Rudhyar as one of the most important cyclic occurrences in one’s life, one which happens only about every 291/2 years, and which marks the beginning of an entirely new cycle of growth and personal unfolding. Therefore, resigned to my evidently-more-Jupiterian fate, I had to concede that it would not be wise to cross thunderbolts with Jupiter, and so this project got underway.

Then, in gathering up the references and notes I would need for the book, I stumbled upon still more evidence that I hadn’t been seeing clearly that was right in front of me. It turned out that, in the last book I had published (Stephen Arroyo’s Chart Interpretation Handbook), I had written an extensive footnote about Jupiter that included the following:

The importance of Jupiter in the birth chart is underesti­mated in interpretation and tradition. It actually guides us into the future and motivates future growth and development, espe­cially along idealistic lines. Jupiter’s deeper meanings are neglected…In some ways, Jupiter is too simple a principle for a complex age, and it is too philosophical for a relativistic, materialistic age. (p.77)

In fact, Jupiter is usually taken for granted by students of astrology, just as people so often take for granted the talents and special qualities which Jupiter’s position in their charts indicates.

Finally, it should be stated that this book is more of an explora­tion of Jupiter’s abundant and limitless dimensions than a systematic analysis that purports to define the last word about Jupiter’s meaning in astrology. Jupiter is, in fact, a far more dynamic planet than it is given credit for. It is always moving and expanding, always seeking, always exploring new horizons. Never content with the status quo, Jupiter invariably wants to climb the next mountain, to grow and develop freely toward a fuller expression of potential.

As the brilliant astrologer Charles Carter wrote in perhaps his most profound book, Essays on the Foundations of Astrology, “Jupiter rules the future and movement towards progressive change.” By “progressive,” I believe he means the word literally, as in progress and improvement, for Jupiter is always seeking to augment what is, to improve or increase, and to go beyond current limits. Thus, in accord with the nature of this book’s subject, although this material is only a small part of a long journey, perhaps it can at least aid the reader to go beyond his or her current level of understanding in astrology and toward a significant improvement in one’s own life.