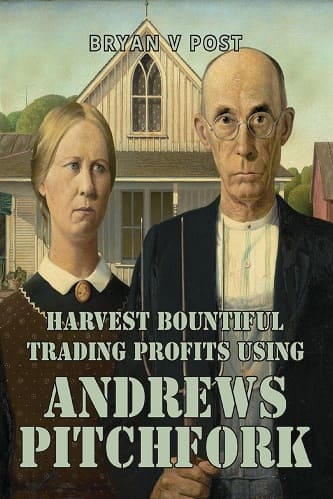 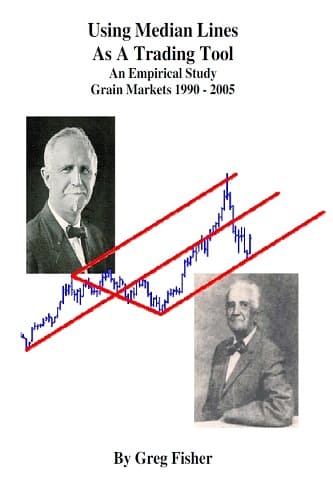 Dr. Alan H. Andrews developed a trend line technical market analysis tool called the Median Line method, more commonly known today as “Andrews’ pitchfork”. Andrews reportedly made over a million dollars in a few years back in the 1920’s trading commodity futures after graduating from MIT with a degree in engineering.

Andrews credited Roger Babson with the idea of applying Newton’s third law of motion to economics as the basis for much of his work. Babson graduated from MIT with a degree in engineering in the late 1800’s. Babson soon began work on adapting Newton’s law, “For every action, there is an equal and opposite reaction”, to the financial markets. Later in life, Andrews created a course entitled the “Action-Reaction Course”. The Andrews course sold for $1,500 in the 1960’s and 1970’s. The course was 60 pages in length and used a case study approach. Andrews stated in his course:

“…drawing a single line will enable you to know where the price of any stock or any future is now headed and the probable time it will reach there.”

Andrews called the line the Median Line – a line drawn on a price chart after three alternative pivots in price occur. The original course can be somewhat difficult to interpret, and not many who have encountered the method understand its application. However, tools for “Andrews’ pitchfork” can be found in many of today’s trading software. Several sources with basic information concerning the Median Line method can be found on the internet. But, what exactly is the method suppose to reveal? Andrews stated the method would:

“…enable the user to be one of the few who can tell where the prices are headed, and the place they will reach about 80% of the time, and when approximately that place will be reached.”