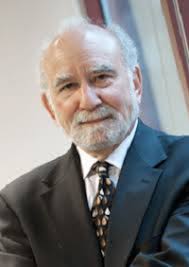 Perry J. Kaufman is an American systematic trader, index developer, and quantitative financial theorist. He is considered a leading expert in the development of fully algorithmic trading programs (mostly written in Fortran).

Kaufman currently serves as the president of Kaufman Analytics, Ltd. He received a BS in Mathematics from the University of Wisconsin and a MBA from the New York Institute of Technology.

Beginning as a “rocket scientist” in the aerospace industry, Kaufman worked on the navigation and control systems for the Orbiting Astronomical Observatory, the predecessor of the Hubble Space Telescope. Moreover, he was involved in the development of navigation systems for Project Gemini which were later used for Apollo missions.

Kaufman worked in trading, research and advisory functions at major commercial banks, securities houses, central banks, and hedge funds. After leaving the aerospace industry, Kaufman became a partner in an Illinois-based farm management company where, as a commercial hedger, he developed expertise in trading commodity futures markets. Between 1981 and 1991, Kaufman resided in Bermuda where he worked as Head of Trading Systems for Transworld Oil, Ltd. (Bermuda).

He was a principal at Man-Drapeau Research (Singapore) from 1992 to 1998 and worked in consulting functions for Cinergy and Prudential-Bache. Between 2003 and 2008, Perry J. Kaufman worked as a portfolio manager and senior quantitative analyst for Graham Capital Management, a renown hedge fund with a focus on managed futures trading strategies. Kaufman is currently a consultant to Mizuho Alternative Investments and serves as a board member at ARIAD Asset Management GmbH. Kaufman also advises the Aquantum Group and collaborates with the company in the design of systematic trading programs and indices.