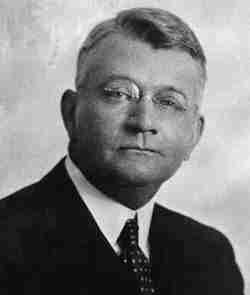 Elliott was born in Marysville, Kansas, and later moved to San Antonio, Texas. He entered the accounting field in the mid-1890s and worked primarily in executive positions for railroad companies in Central America and Mexico. In 1903, Elliott married Mary Elizabeth Fitzpatrick (1869–1941), who accompanied him during his extended time working as an expatriate in Mexico. Civil unrest there brought the couple back to the United States and eventually to a residence in New York City, where Elliott started a successful consulting business. In 1924, the United States Department of State appointed Elliott to the post of Chief Accountant for Nicaragua (which at the time was under American control). Not long afterward, Elliott wrote two books based upon his professional experiences: Tea Room and Cafeteria Management and The Future of Latin America.

During his time in Central America, Elliott contracted a debilitating intestinal illness, which forced him into early retirement at age fifty-eight. About this time, he decided to dedicate himself to the study of the behavior of the American stock market.

In the early 1930s, Elliott began his systematic study of seventy-five years of stock market data, including index charts with increments ranging from yearly to half-hourly. In August 1938, he detailed the results of his studies by publishing his third book (written in collaboration with Charles J. Collins), entitled The Wave Principle. Elliott stated that, while stock market prices may appear random and unpredictable, they actually follow predictable, natural laws and can be measured and forecast using Fibonacci numbers. Soon after the publication of The Wave Principle, Financial World magazine commissioned Elliott to write twelve articles (under the same title as his book) describing his new method of market forecasting.

In the early 1940s, Elliott expanded his theory to apply to all collective human behaviors. His final major work was his most comprehensive: Nature’s Law –The Secret of the Universe published in June, 1946, two years before he died.

In the years after Elliott’s death, other practitioners (including Charles Collins, Hamilton Bolton, Richard Russell and A.J. Frost) continued to use the wave principle and provide forecasts to investors. Frost and Robert Prechter wrote Elliott Wave Principle, published in 1978 (Prechter had come across Elliott’s works while working as a market technician at Merrill Lynch; his prominence as a forecaster during the bull market of the 1980s helped bring Elliott’s wave principle its greatest exposure up to that time).

There are also other analysts, such as Glenn Neely, that do not fully subscribe to Elliott’s wave theory, but have used it as a starting point to develop their own wave prediction methods.