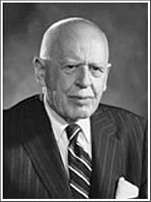 A former Barron’s reporter and World War I aviator Philip Carret launched the Mutual Trust in 1928 after managing money for his friends and family. The initial effort evolved into Pioneer Investments. He ran the fund (in the meantime name was changed to Pioneer Fund) for 55 years, during which an investment of $10,000 became $8 million. Warren Buffett said of him that he had “the best long term investment record of anyone I know.”

He is most famous for the long successful track record he achieved investing in common stocks and for being one of Warren Buffett’s role models. He was an avid chaser of eclipses and had traveled around the world to view them.